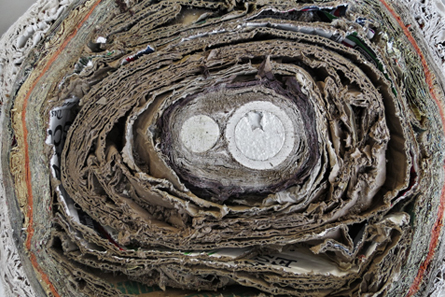 
About the Exhibition
Kukje Gallery is very pleased to announce the opening of Reading Landscapes a solo show featuring new works by internationally celebrated Mexican artist Damián Ortega. This is the artist’s first solo exhibition in Korea and his inaugural show at the gallery. The exhibition will focus on Ortega’s sculptural work, showcasing his unique use of materials and ongoing interest in exploring the forces that shape our world. While best known for his sculpture, Ortega’s work also includes multimedia installation, photography, and video. His practice delights and challenges viewers with a mix of humor, poetry, and engineering marvel that reveals the hidden artistry and possibilities in everyday objects while at the same time framing their social connotations.
Ortega engages themes of materiality and form, function and obsolescence and the concept of “progress,” as well the myriad forces that shape our environment. The artist often literally deconstructs commercial products to reveal their constituent parts or constructs simple forms in new and complicated ways. In these deconstructed objects Ortega takes apart entire machines and suspends each piece, individually revealing the mysteries concealed behind their day-to-day form. Linked to Latin American artists like Jesus Rafael Soto and Gego, Damian Ortega’s visually enchanting suspended structures resemble a sculptural version of an engineer’s schematic drawing as well as allude to the impossible qualities found in caricature.
Throughout his multi-faceted and dynamic oeuvre, Ortega maintains a signature attention to material truth and simple beauty, creating some of today’s most powerful works in any medium.

Damian Ortega’s work is often a balancing act: using balance and coordination as tools and powerful conceptual gestures, the artist’s work frames the delicate and at times unstable forces that constitute contemporary society and the environment in which we live. This impulse to take things apart is embodied in one of Ortega’s most iconic works titled Cosmic Thing, where he disassembled an entire automobile (a Volkswagen Beetle) and hung it from the ceiling in exploded view. While this installation becomes cosmic in its new form (as suggested by its title), it never looses its quotidian and worldly qualities, an important feature of Ortega’s work. Cosmic Thing is an important touchstone for exploring the works in the exhibition at Kukje. Indeed, Ortega has created a powerful new work for Reading Landscapes called Viaje al centro de la tierra: penetrable that also engages with cosmic ideas inherent in the exploded form. In it, rocks and minerals are suspended from the celling resembling an arrested Big Bang, frozen in time. These assemblages are rooted in the forensic discipline of archeology, where a researcher slowly unearths fragments meticulously reassembling a lost historical time and space.
The metaphor of a lost time is apt when looking at Reading Landscapes, a series of sculptures that engages directly with what geologists call deep time. Through meticulous study, the subject of deep time illustrates the incredible age of our planet, a measurement that is otherwise overwhelming in its scope. For Ortega, this metaphor is a ripe opportunity to explore how basic principles of geology such as the phenomenon of sedimentary layers, can be used as a formal approach to making sculpture. Installed in K3, the artist’s sculptures materially and visually play with issues of monumentality, and the fragile complexity that underlies our everyday landscapes.

This process of layering directly informs Ortega’s installation; at the center of K3 Viaje al centro de la tierra: penetrable functions as an axis mundi delineating the conceptual core of the exhibition. Related sculptures are arranged around this center point. Works such as those in the work titled Breve esquema del Tiempo (scheme of the world), as well as the series of rock-like spheres in Magnet sfera and Geoda 3: Cebolla use their installation together on a single pedestal to suggest a kind of metamorphic evolution. These works allude to both the geology of the earth and the complex science that we use to study it, portraying the dense materials that under extreme pressure, layer upon layer, physically comprise our planet.

This pressure is interpreted in the Geoda series, whose forms and formative processes are derived from the way that rich minerals of unusual colors and textures come together to form a rock, a mountain, and the earth. These works powerfully engage in the relationship between natural forces and the ancient search for metaphysical meaning. These mysterious objects speak directly to cosmic questions of origins that have occupied culture since the beginning of recorded history. With this work Ortega challenges us to read the landscape, really look at it - at the forces that shape it - by illustrating how the hidden centers of seemingly banal rocks can contain exquisite beauty and deeper meaning.

Ortega’s ability to reframe complex conceptual ideas using familiar materials is one of his hallmarks. One of the materials he has used repeatedly to great effect is concrete. Ubiquitous around the world, concrete is a material that can be seen as synonymous with progress. In his Extracción sculptures Ortega takes advantage of the plasticity of concrete to make it function as both a symbol for architecture and nature. He does this by stacking pigmented cement forms in ornate and highly engineered codependency, allowing them to exude a natural corporeality. This combination subtly melds two of the artist’s principal strategies of deconstructing and balance, playfully suggesting a child’s game of stacking while pointedly demanding that we confront the precariousness of our foundations, be they cultural or ecological.

This desire to translate the mysterious poetry hidden, indeed buried, in the land can be seen to even more profound effect in Ortega’s ambitious illustration of tectonic forces in Fractura, Falla and Todas las fallas. In these dynamic and varied sculptures the artist has successfully recast the hidden dynamic that shapes the planet, utilizing prosaic materials such as bricks, cast, concrete, and wood to symbolize the multiple vectors that act violently upon each other to create topography. Besides being brutal and beautiful portrayals of geological phenomena, Ortega’s seems to make a comment on the parallel social forces that act just as forcefully in every stratum of our lives.

Damian Ortega’s work refuses a single interpretation. It is formally weighty and also light, powerfully grappling with elemental forces of materiality and gravity while simultaneously engaging with cultural symbolism and the instability of contemporary society. Reading Landscapes is an ambitious and vitally important exhibition that asks the viewer to engage in both the works and their surroundings. Kukje is extremely proud to have the opportunity to showcase the work of this seminal artist.


About the Artist
Born in 1967 in Mexico City, Damián Ortega began his career as a political cartoonist, sharpening his critical eye and honing his incisive sense of humor during a time of political unrest. Ortega came of age as a young artist in Mexico when contemporary art was difficult to study, and in response began attending a weekly discussion (known as the Friday workshops) at the artist Gabriel Orozco’s studio along with fellow artists Abraham Cruzvillegas, Gabriel Kuri and Dr. Lakra. Here they debated current ideas and new alternatives fomenting around the world. During this time, and taking into consideration Orozco’s influence, Ortega developed his conceptual vocabulary showcasing how architecture, sculpture, and modern technologies cross-pollinate. A recipient of the prestigious German Academic Exchange Service (DAAD) grant Ortega eventually moved to Berlin where he lived for many years refining his métier and exploring the vibrant cross-cultural intersections that mark his practice to this day. He has since returned to Mexico City where he maintains his busy practice. Ortega has been the subject of major exhibitions at both The Barbican and Tate Modern, London, Centre Pompidou, Paris, The ICA, Boston, The Gwangju Biennial (2002) and the Venice Biennial (2003 and 2013). His work is in the permanent collections of MoMA, New York, Tate, London, Centre Pompidou, Paris, MOCA Los Angeles, Carnegie Museum of Art, Pittsburgh, and Cleveland Museum of Art, to name a few. 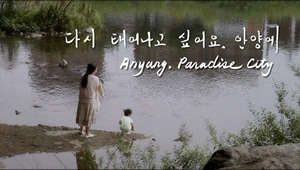