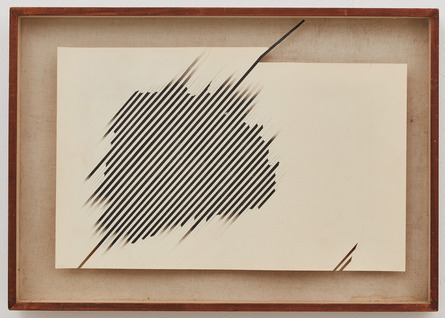 
Kukje Gallery is pleased to announce Endless Drawing, a solo exhibition of work by Kim Yong-Ik on view from March 20 to April 22, 2018. This is the artist’s second showing at the gallery following his first exhibition of new paintings in 2016. For Endless Drawing, Kim will show a range of approximately forty never-before-seen “drawings” that have served as the bedrock of his practice over almost forty years, dating from the 1980s to the present.

Deviating from the tradition of distinguishing between painting and drawing by medium, Kim defines a “painting” as work that is self-contained and results in a finished product whereas a "drawing" is characterized by its openness that is embracive of an ongoing process. These distinctions are based on the artist's belief that a "painting," when completed, should not allow any additional edits, whereas “drawings” can be endlessly altered over time.

Since the beginning of his practice in the 1970s, Kim Yong-Ik has made work that challenges underlying principles of modernism. He has consistently tried to upend the viewer’s expectations, undermining predominant typologies of art and their resultant cultural and economic hierarchies. The basis of this critique is Kim’s argument that artwork should be allowed to change in a process he terms “eco-anarchism,” thereby producing works that teeter between modernism and eco-anarchism. Eco-anarchism challenges the way the market preserves artwork as a fixed commodity; in response, Kim embraces entropy, the contamination of mediums over time that he cultivates through a process of intentional neglect. He also advocates for the use of old and humble materials in a bid to short-circuit the emphasis on monetary value and challenge existing cultural mores. This philosophy has remained a consistent thread throughout Kim’s long career beginning with his Plane Object series in the 1970s, followed by the geometric compositions from the 1980s, his dot paintings from the 1990s, earlier works that have been entombed in "coffins" from the 2000s, to his recent works that feature canvas works bound in packing materials and left unattended. In this way, the artist’s interest in works maintaining a status of ongoing process as drawing took on a new relevance that continues to today.

Such philosophy behind Kim Yong-Ik’s practice delays and obstructs the existing, established compositions and interpretation of his works. Not only do the mold, dirt, and scratches that accrue on the artwork bear evidence of the passing of time but they also allow for an evolving interpretation of the work. In addition, Kim continues to add new layers to his existing work by scribbling short diaristic entries onto the surface, burying old works in a wooden frame, carelessly leaving a canvas outside of his studio for the work to gather mold, or transforming a collection of drawings into an installation. This forms an asymmetric yet interesting relationship with the overarching customs of the contemporary arts scene, including the issues of preservation, conservation, archiving, packaging, transportation, and circulation. Endless Drawing showcases a diverse group of works that share the common denominator of “conceptual-drawings” that challenge the notion that drawing is limited to works on paper.

As part of his wide-ranging practice Kim has always been a writer, publishing his ideas and using language both in essay form and on his canvases. The below text embodies the artist’s philosophy, articulating his goals for the show at Kukje Gallery.


On Endless Drawing
The works on view in this exhibition, like many of my past works, alternate between the two polar opposite philosophies of modernism and eco-anarchism; but it seems that these works in particular lean toward the latter.

My definition of eco-anarchism, within the parameters of my practice, consists of acquiring and using old and tattered mediums—agents that will be tossed aside as garbage—and acts of neglecting or aggressively inducing my works to decay, or even intentionally damaging them.

I refer to such eco-anarchist works as drawings, as an alternative to the painting genre. The definition of “drawing” already connotes that the work in progress has yet to be rendered complete, but I added the word “endless” in order to make the significance more apparent.

Eco-anarchism became an engrained thought of mine during the month I was in India from December of 2009 to January of 2010. The phrase that most stuck with me, from my diary in India, is “I have already drunk the poisoned cup of capitalism.”

And so it is. Even though I dare speak of “eco-anarchism” and produce low-entropic works that minimize waste, I’m already inextricably addicted to the comforts of a life steeped in capitalism to execute my life and art according to the principles of eco-anarchism; I’ve lost all basis to argue for eco-anarchism. Therefore, it is out of self-deception that I produce and showcase these works. But I nonetheless produce and showcase these works, the sole reason for this being an act of self-consolation. It is impossible to live in this age of catastrophes without any self-consolation.

And even though the history of human beings, who live on the organic, breathing system we call planet Earth, is marching towards its end, and knowing that we must resist this cataclysm by fundamentally changing our lives by any means, my work attempts to offer paltry consolation to myself and those like me, who cannot but remain exposed to the temptations and perils of capitalism. A consolation that, by asserting eco-anarchism and sympathizing with my sentiment, could ensure that we are contributing to the delay of the impending cataclysm.

Someone may console me—perhaps by suggesting that these eco-anarchistic, low entropic works are meaningful as they incubate a seed of hope for the future. But I’d rather find consolation from the term “self-consolation,” rather than from this nebulous comment.

Perhaps someone may believe that art has the power to change society, and possibly comment on the political capacity these works bear. I once sought and found faith in that statement but now think that art, rather than follow the political, should transcend it and can only realize its full potential when it takes on the “role of consoling its audience.” However paltry it may be, this power of consolation results from the process of self-negation and acceptance of its mortality.


Rejecting the dichotomy of painting and drawing, Kim has developed a philosophy and studio process defined by a dynamic set of vocabularies: "painting – completed form – enclosed structure – principle agent – the aesthetic of separation and elimination – modernism" and "drawing – continuous form – open structure – the other – the aesthetic of solidarity and reliance – postmodernism." These parameters allow the artist to engage critically the social and economic context of artworks thereby retaining both intellectual flexibility as well as control over the interpretation of his works. His ideas are in part inspired by the 19th century Joseon dynasty philosophy Jungyeok, which sees the cosmos as comprised of numerical principles that can be used to predict the future. Adopting this cosmological and economic viewpoint, Kim argues that the modern world has now exhausted its ability to create new art and we are now in an age where the artist acts as an editor who re-appropriates and rearranges existing artworks. For Kim, this can be understood as a paradigm shift wherein the aesthetic of drawing has replaced the aesthetic of painting, leaving the latter void of the significance it once carried.


About the Artist
Kim Yong-Ik was born in Seoul in 1947 and graduated from Hongik University in 1980 with an MFA in Painting. He served as a professor of Painting at the Arts and Design College in Gachon University (former Kyungwon University) from 1991 to 2012. In 1999, Kim co-established Art Space Pool (former Alternative Space Pool), one of the first alternative art spaces in Korea, and served as its representative member from 2004 to 2006. As an enduring critic, writer, and an artist for the past four decades, Kim has been working in various contexts spanning modernism, the Minjung art, land art, and public art, continuously questioning his practice and art. Following his successful retrospectives at Ilmin Museum of Art (2016) as well as Spike Island, Bristol and Korean Cultural Centre UK, London (2017), Kim’s oeuvre has been garnering increasing attention from the international audience. The extensive practice of Kim’s career will also be presented at Art Basel Hong Kong Kabinett sector from March 29 to 31, 2018. 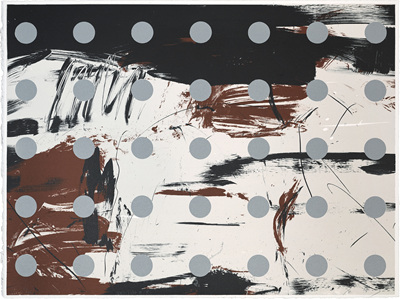 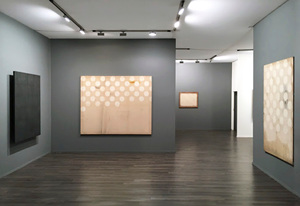 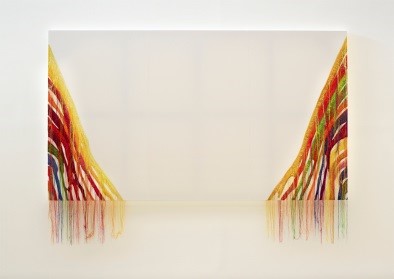